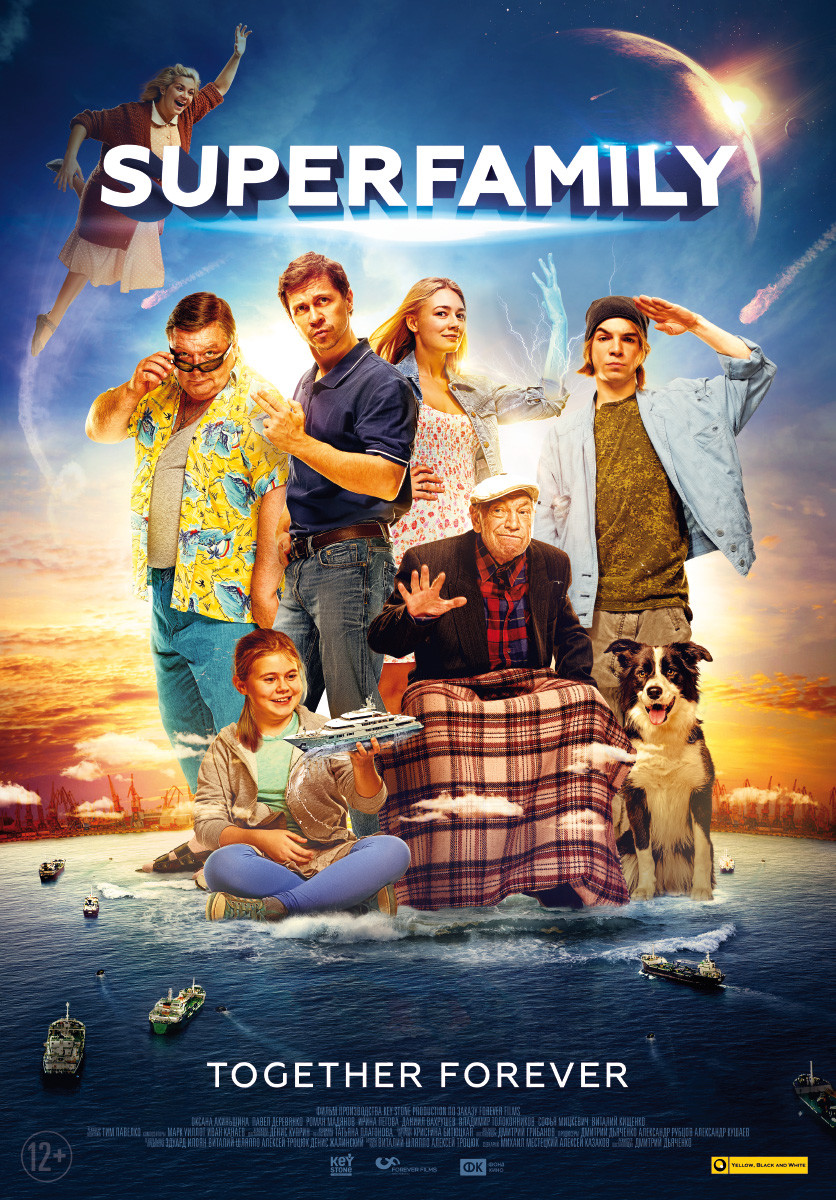 One ordinary evening during dinner, the Bobrov family gets a very special dessert. Instead of mom’s usual homemade pie, part of a meteorite crashes through their roof onto the dinner table! A real meteorite. From outer space. At first flabbergasted & happy to be alive, the Bobrovs begin to notice they have extraordinary powers. Dear old Granddad becomes immortal; nothing can harm him! Dad discovers he can teleport — anywhere! The daughters get the ability to fly and to be invisible. The littlest son begins to communicate with dogs, which doesn’t seem so exceptional, but really comes in handy! There’s only one condition on the powers, it seems. They only work when the whole family is together. This otherwise average family has a chance to become true superheroes! But this doesn’t work for the Bobrov family . . . instead of heroics they decide to rob the nearest bank!