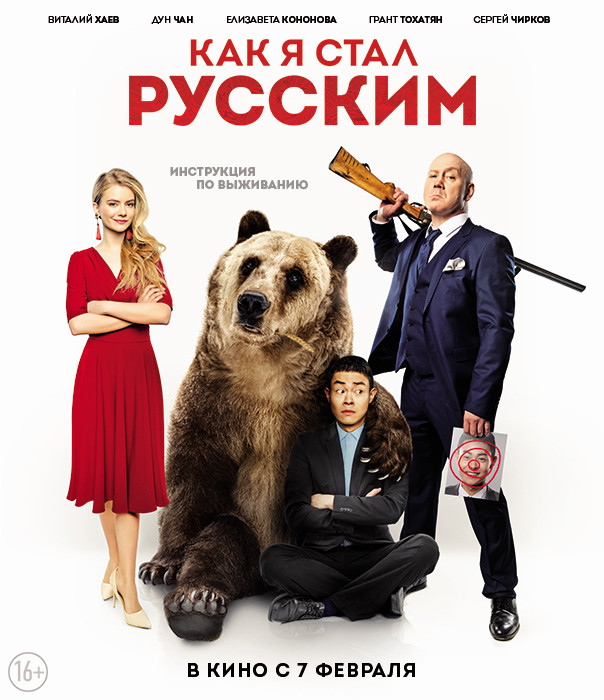 The official trailer for the Russian-Chinese comedy «How I Became Russian», which will be released on February 7, 2019, is finally out.

It’s not an easy task to get the father of your bride to like you. Pen, just a regular Chinese guy, faces this problem when he goes to Moscow to be with his love - Ira, completely unaware of the nightmare that awaits him. After all, her father, Anatoly, is not at all ready to give his daughter away to just anyone, and he has his own plan to get rid of anyone he deems unworthy...

Starting February 7 on all cinema screens of the country!