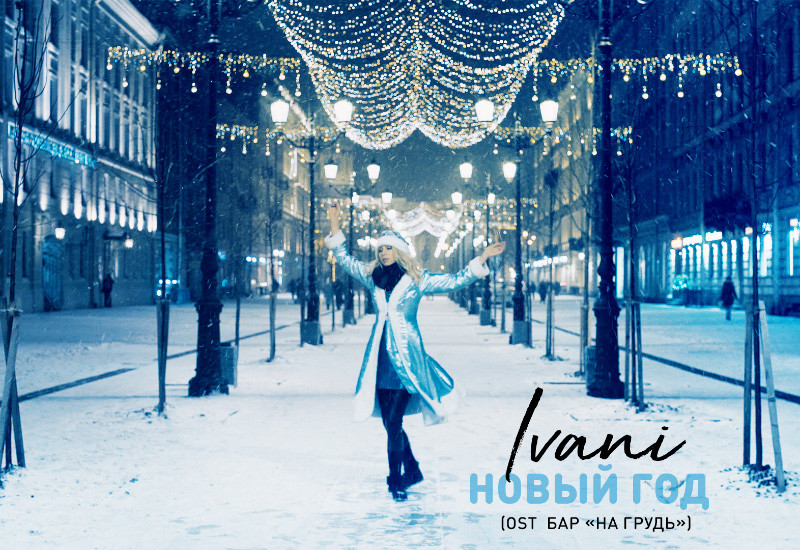 The network hosted a large-scale premiere of the new video clip of the singer IVANI on the soundtrack to the web-series “On the Breast” bar, which was also directed by Irina Vilkova.

The creator and director of the series "Bar" On the Chest "shot a video for the song of the singer IVANI" New Year. Shooting the video took place in the most popular places in New Year's St. Petersburg, which allowed its creators not only to convey the atmosphere of the series as much as possible, but also to give the audience a festive mood.

The actors in the series, already beloved by the Russian audience: singer Anna Ivanina (IVANI), Alyona Aleksandrova, Denis Pyanov, Anton Sukharev and others took part in the video.

Recall that earlier the TV series “On the Breast” was awarded the Prize of the first in Russia festival of web serials “Realist Web Fest”, the first Russian Award “The Digitar Reporter” and was recognized as the best Russian web series.

"Bar" On the chest "- a series about human nature, consisting of stories of ordinary people. Comical micro-stories unfold in conversations of visitors with an attractive bartender Alice. Vilkova is not afraid of caustic jokes, full of openness and vulnerability of characters. Her characters end up in ridiculous situations, fear public opinion, are vulnerable and are mostly depressed. The misfortune of each of the characters is faced with an ironic presentation of the director.