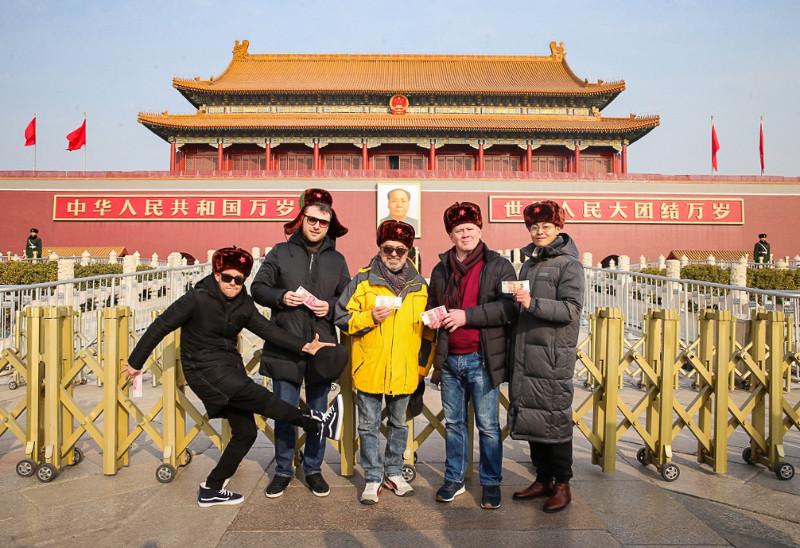 The world premiere of the comedy “How I Became Russian” took place in Beijing on January 25th 2019. The picture was immediately viewed at two private shows, one of which was held at the Russian Embassy in the People's Republic of China.

Welcoming the guests of the premiere, Russia's Ambassador to the People's Republic of China Andrei Denisov stressed that the film “How I became Russian” is a bright project within the framework of the “Agreement between the Government of the Russian Federation and the Government of the People’s Republic of China to participate in joint film production” signed in the summer of 2017.

At one of the closed viewings, the Chinese side organized a real interactive show. While communicating with the audience, the actors continued to play their roles: Dun Chan (Shanghai groom) and Sergey Chirkov (the former boyfriend of the main character) staged a small battle for the bride on the stage before the “father-in-law” Vitaly Khaev. Dun Chan won, gifting the "father-in-law" with his favorite hunting rifle and a bottle of wine.

The filmmakers from the Russian side talked about the sights of our country and invited the inhabitants of the Middle Kingdom to visit Russia. According to the general producer of the film Georgy Shabanov, while working on the film, the Russian team sought to see the Chinese viewer from different angles. Director from the Chinese side, Xia Hao, hopes that the numerous cultural elements that are shown in the film will help the people of the two countries get to know each other better.

The story of how a simple young man from Shanghai persistently sought the hand and heart of his Russian beloved, and at the same time the benevolence of his future father-in-law, was well-received by the first Chinese viewers. Local media called the film easy to watch, funny and informative at the same time. The picture was described as “the brightest instruction on matchmaking this year” and “the Russian-Chinese version of “ Meet the Parents. ”

The comedy will be released on wide screens in Russia on February 7, 2019. The worldwide premiere started with China on January 25th. 2019.

The film “How I became Russian” was made based on the eponymous series about the life of an American journalist in Russia, which first appeared on television screens in 2015. The joint work of Chinese and Russian filmmakers became one of the most anticipated premieres in China in 2019. Here, a new picture is released under the title “How I became a representative of the fighting people” - this is how Russians have been called in China in recent years.