«Joke. As long as you can»: premiere of the trailer of «The Humorist» by Mikhail Idov 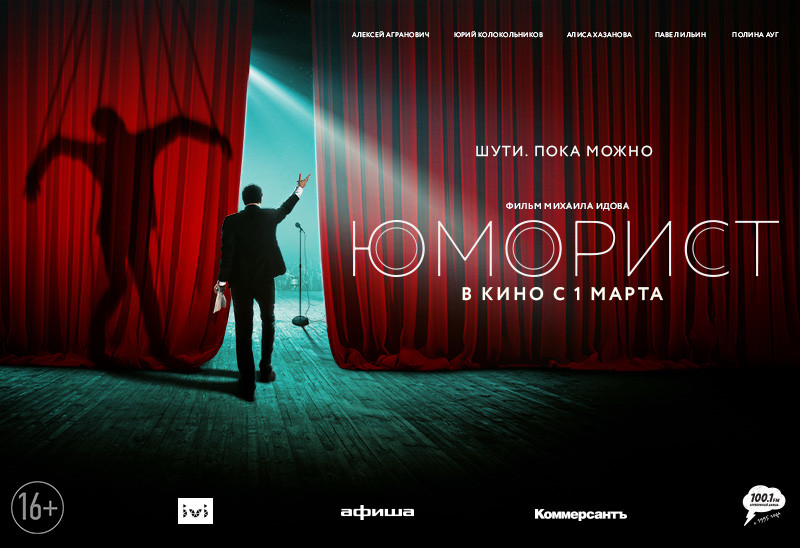 On paper, renown comedian Boris Arkadiev’s life is perfect: a happy family, the adoration of millions, lines of groupies and praise of the authorities. But the comedian is haunted by lack of freedom, both external and internal: the louder his success on stage, the stronger the protest is brewing inside of him. And now the country’s funniest man becomes the most dangerous.

«The Humorist» is the full-fledged directorial debut of Mikhail Idov, author of scripts «Summer», «Optimists» and «Londongrad» scripts and the first major role of the actor Alexei Agranovich («Acid», «Particle of Universe»).

The film will be released in Russian theatres on March 1, 2019.