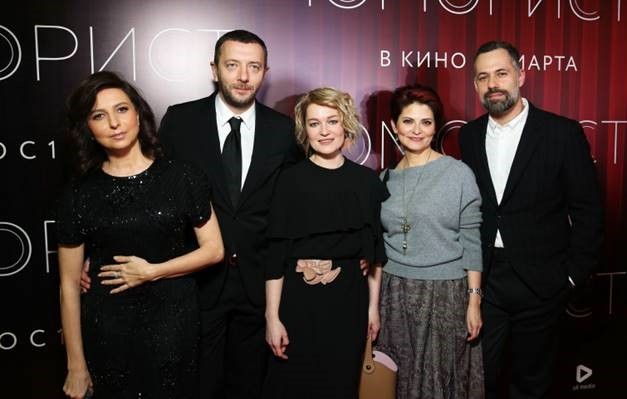 This is a story about a beloved by all humorist Boris Arkadyev. In his life, it would seem, all is well: he has a happy family, the adoration of millions, many fans and the respect of the authorities. But the comedian is haunted by the lack of freedom, both external and internal... .

The events of the film take place in 1984, and the guests of the premiere fully felt the atmosphere of the later Soviet years , which, of course, was due to the stylish interior of the legendary House of Cinema on Vasilyevskaya, where the premiere shows of all Soviet hit films were traditionally held.

"The Humorist” in cinemas starting March 1.